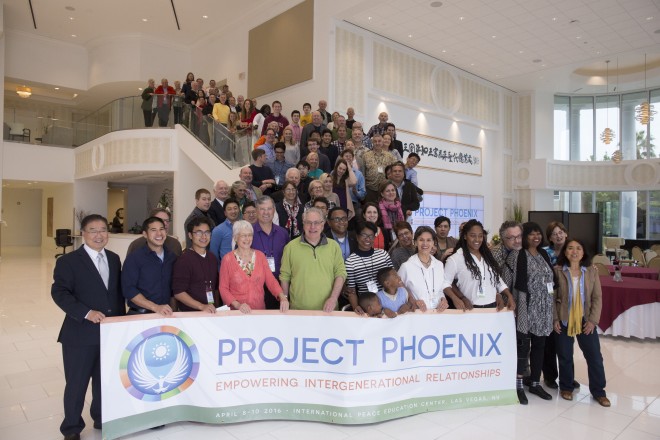 Over 130 gathered at the International Peace Education Center in Las Vegas on the weekend of April 8-10, 2016 for the Project Phoenix event. The goal was to foster Intergenerational Partnerships between younger and elder Unificationists.

Help us prepare for the next Project Phoenix event with your contribution today!

See an expanded report with more testimonies  in our latest PDF newsletter.

The Path to Project Phoenix

Project Phoenix was and is an amazing gift from God.  From your first Divine Principle workshop volleyball game (or dodgeball, or whatever you played), you learned everything

you needed to know about how God works.  Unity is the key to victory.  But how to bring unity?  It is a question that has frankly dogged the Unification movement for some time.

Many people and many groups have been thinking, praying, reflecting on how to accomplish that. Our team of senior Top Guns have been having periodic reunion for a decade, partly because of the amazing comradery in the group, partly because we can’t let go of the vision and mission that Father gave to us.

Two years ago in Tempe, AZ we invited a couple of young leaders, Jaga Gavin and David Hunter, to join us. We wanted to find a way to not only keep the mission alive but to pass it on to the next generation. From that meeting, we formed a steering committee that resulted in the creation of our own non-profit, the Origins Partnership (OP).

Our intention in doing Project Phoenix was not only to help our young people become successful in their careers and marriages, but also to help regenerate the sense of community and purpose to our lives and families. But something yet was lacking. Our larger purpose had always been, as our vision statement says, “to promote the revolutionary principles taught by Rev. Sun Myung Moon.” What we did not know was that God was about to open some doors for us that we were not aware existed.

In order to move forward on our successful programs in 2015, we asked one of our

founding members, Mike Smith, to organize a Top Gun meeting in November in Las Vegas. Our plan was to fellowship with our colleagues but to also present our work in Project Fusion to the group and gain their support. Something much more profound happened. We expected about 30 participants. We got 60 including many of our movement’s leaders, including former President Dr. Mose Durst, former President, Dr. Michael Jenkins, former Washington Times

President Mr. Tom McDevitt, and the President of UTS, Dr. Spurgin, among many other leaders. More importantly, the Holy Spirit descended as our Top Gun brothers and sisters shared, including presentations by Dr. Durst, Dr. Jenkins and Mr. McDevitt, Ron Pappalardo, and many others. We came away from Las Vegas feeling the presence of God, but also with a nagging concern. There were no young members there.

Betsy Orman had already been pushing Mike Smith about the need to connect the young people to the Top Gun foundation. Mother had already resurrected the name and mission of Top Gun with many young leaders, and now it felt like God was pushing us to recreate our experience at the Top Gun reunion with our young leaders. Mike had already started talking with Sam Orman before we gather together but it was too late to change the program. They had wanted not just to attend but to help shape the program, so after the Top Gun event, the senior Top Guns wanted to replicate our event for 60 senior leaders and 60 youth leaders. Sam ultimately brought some of his friends into the conversation and we decided to meet together in Mesa, AZ at the Anderson home to plan an event to build on the Top Gun experience. In addition to Sam, Tasnah Moyer, Neil and Teresa Rischl, Justin Okamoto, Benito Nishizawa Rodriquez, Veronica Stoner and Jin Kwon Kim came to Phoenix to meet with the OP team, which included Mike Smith, Mark and Lucia Anderson, Mark Boitano, and David Burgess. Rick Joswick, who has been championing a prayer ministry for a decade also participated. 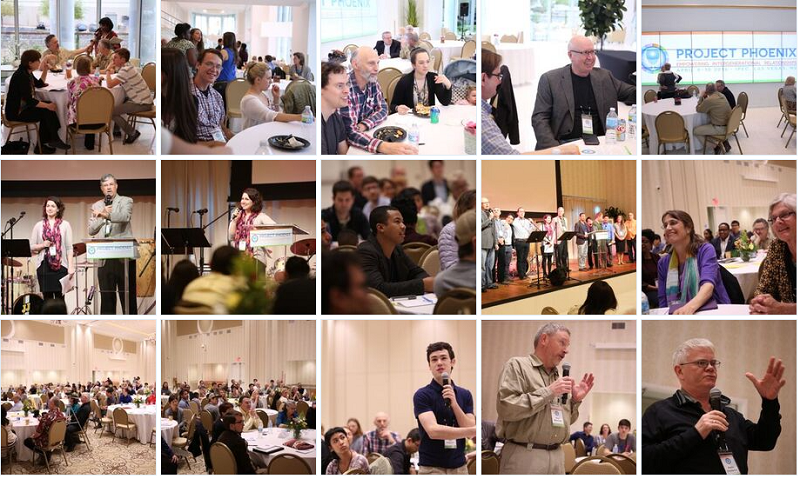 As we began to plan the meeting an amazing thing happened that revolutionized our understanding. As the senior Top Guns began to share their vision of an event that would help to take our Top Gun mission to “save America” to the next level, the young Top Guns collectively shrugged their shoulders. Their experience of America and the Providence was definitely not the same as ours. After the initial shock wore off, we started an honest and open dialogue with the young leaders expressing their view of the world, more global and internationalist than their elders. They grew up not only in a country that differed in demographic makeup from those of us who came of age in the 1960s, but also in a movement that stressed international marriage as the cornerstone of world peace.
As we listened further we understood that they felt that their parents’ generation did not understand them or their commitment to creating a better world, but perhaps not in the same way that we had envisioned it should be. 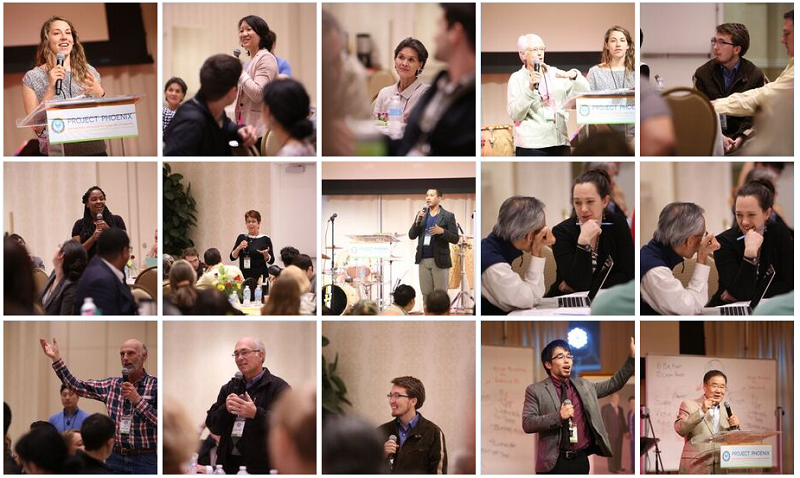 Finally, the issue of trust came up. They did not feel fully trusted by their elders. When we shared deeply with one another we felt like we had crossed a boundary that had existed between us and we all very much felt the presence of God in that moment and for the rest of our meeting. We had connected in heart with our younger brothers and sisters. We soon realized that the program we had intended to have had been overtaken by a different one, and that the experience we were having in suburban Phoenix was the program that we needed to have across our movement so that younger and elder Unificationists could understand, appreciate, respect and love each other in the spirit of unity. We decided to create an event that would honor the different generations and help us to truly see each other the way that God sees us.

With much trepidation we moved forward. We were not entirely sure that we could replicate for 120 what the 14 of us experienced in Phoenix but we knew that if we could, then our brothers and sisters could experience the profound realization of God working in their lives the way that had. Rick quickly encouraged us to set up two new prayer calls to his prayer ministry and we prayed together every day that God could guide us and be present in our work. In the end our expectations were exceeded. 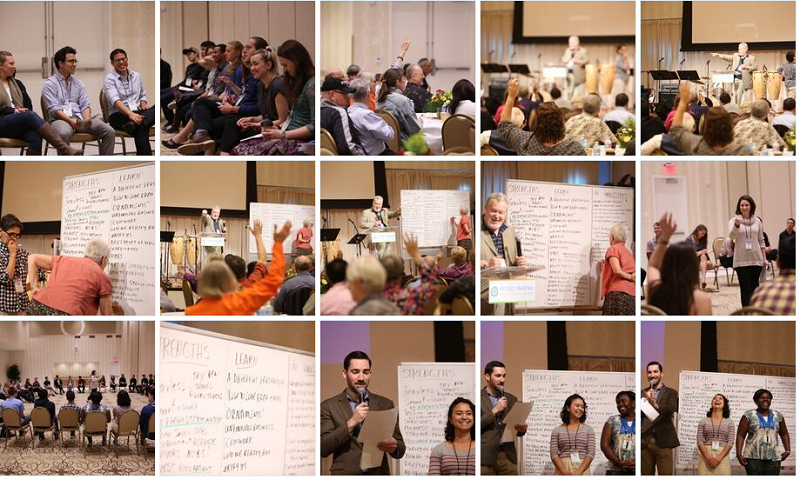 There were many highlights. David Young conducted one session of his Take Your Life On program that is designed to allow participants to reflect on how to put the Divine Principle into practice in daily life. With a volunteer from the audience, David asked probing

questions about an area of his life that was tripping him up and helped him to see how he could overcome that obstacle and live more in concert with his own beliefs and principles. Responses to David’s presentation were very positive. Ex. “Amazing insights about heart body unity, and transforming negative mentality into empowered action to move forward filled with God’s love.” “Someone said if they had learned the DP like this it would be a totally different experience growing up.” 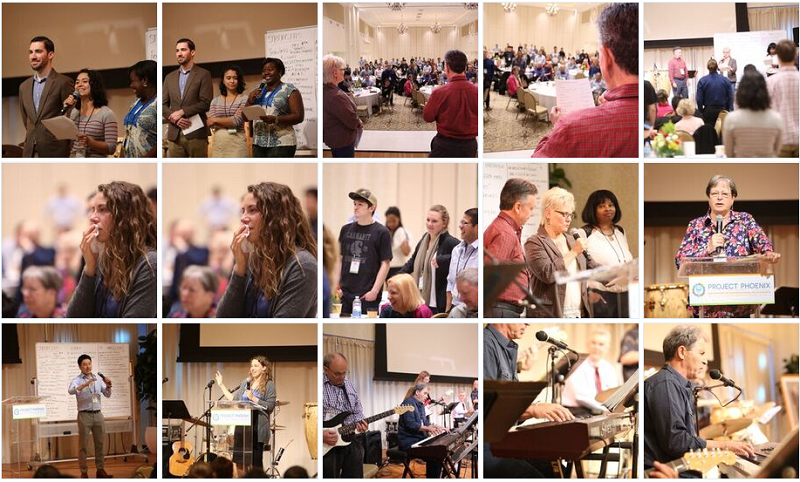 The second day of the workshop began with an exercise to see how we view each other. The younger group went into another room and created a list of the strengths and weaknesses of the elder generation as well as what they wanted their elders to understand about them, while the senior group did the same exercise regarding the young people. Afterwards, we came back together and shared our responses with each other. Responses were overwhelming. “This was nice. Getting together with other second gen and talking about all the things we love about the first gen, getting to share our hearts with the first gen and finally understanding the first gens heart towards us as well. It was all very moving.” “Sometimes I felt that the more distinguished generation didn’t trust the 2nd Gen and didn’t want to pass the baton on to them. But to talk about them and about all the hints we can learn and even what they know about us…it seems that they have passed it on and they are right there beside us cheering us on.” 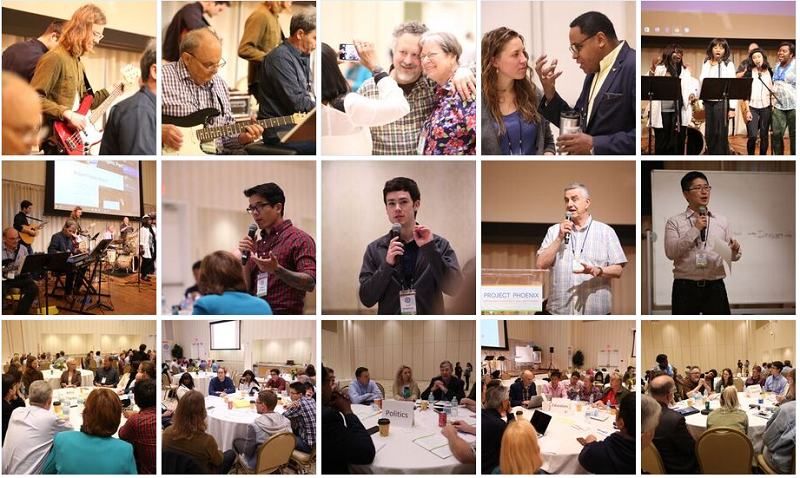 This activity served as an introduction to a chance to share our experiences more deeply with one another. Judge Mark Anderson, a former State Senator, and Senator Mark Boitano both shared how they had succeeded in putting faith into practice in crafting legislation that would support families and religious liberty. Sheri Reuter shared how 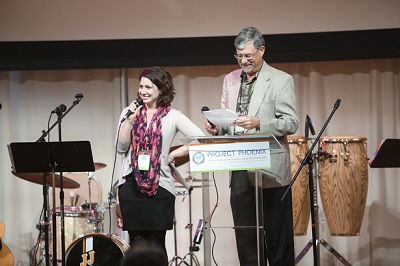 much the schism in the Church has impacted her life and family. Jin Kwon Kim and Tasnah Moyer both shared about their experiences growing up as second generation and feeling out of place and not really understood or accepted. These were profoundly moving testimonies as people shared their hearts and challenges in trying to realize the ideals of True Parents in conditions that are often inhospitable. There were few dry eyes. “This was the best part of the workshop. Hearing aunt Shari, Jin Kwon and Tasnah share their hearts and for it to be so raw and honest. It was sooo moving. Their ability to open themselves up to us allowed me the foundation to share my heart deeply with my family.” “Just amazing! Revolutionary. Need to share this process with all our communities and with society as a whole.” 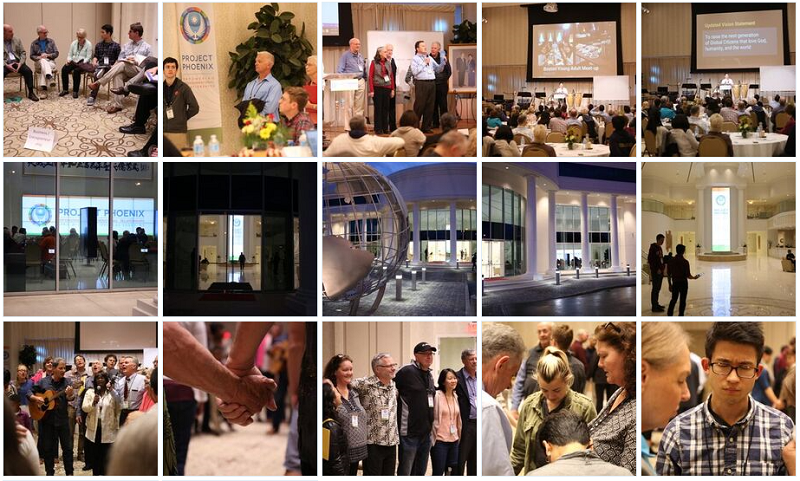 There were too many highlights to include in this report. Workshops designed to help participants to find their own interests and passions and create projects around their common interests spawned nearly two dozen planned projects. Sunday morning consisted of a discussion of next steps as a dozen people expressed a desire to join the staff. The entire event was bathed with music and prayer. A band directed by Rick Joswick that included many talented participants played before the sessions and during breaks. In the evenings we prayed together in our families that we had created for the event to facilitate discussion and to get to know one another. We all left with a feeling of profound gratitude, an experience of renewed hope, and excitement for what Project Phoenix can become. As a staff we are grateful for our new friends and family, as many of the younger group had never met or heard of us, and we had not met most of them. But now we felt a deep bond of heart and a sense that somehow God had used us in ways that we may not fully understand. 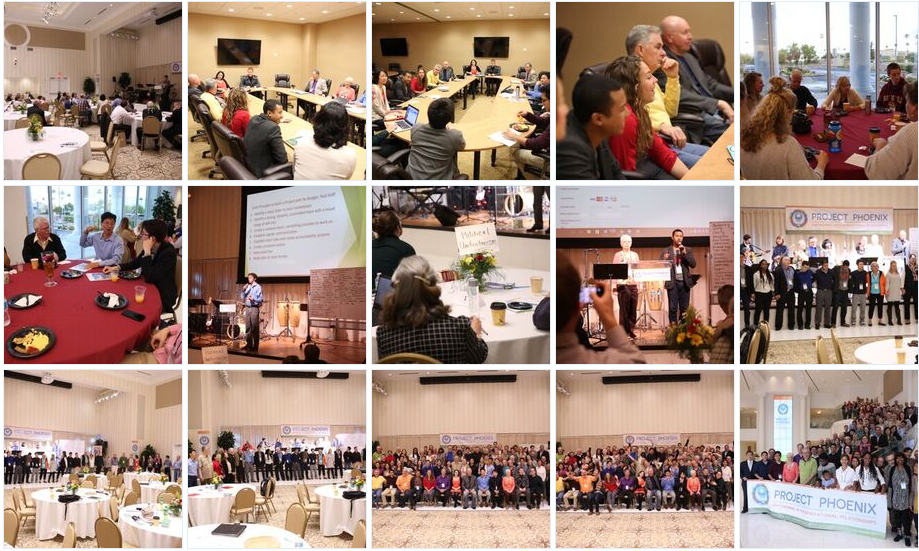